World-renowned physicist Stephen Hawking has died at the age of 76. Born in Oxford, England, Hawking became famous for his work on black holes, cosmology and quantum gravity – his contributions to science spanned more than four decades.

He also wrote many books on those subjects, including the 1988 best-seller "A Brief History of Time," which gives an account of the creation of the universe. He was a professor of applied mathematics and theoretical physics at Britain's Cambridge University for decades. Hawking was married and divorced twice. He and his first wife had three children. As a young man, Hawking began developing symptoms of Lou Gehrig's disease. By his early 30s, the muscle-wasting condition had left him almost completely paralyzed. He had to communicate through a computer-generated voice synthesizer after a life-threatening bout with pneumonia forced him to have a tracheotomy in 1985. He also struggled with a multitude of other health problems as a result of the ALS. Over the years, Hawking's acclaimed work won him countless prestigious positions. He became one of the youngest Honorary Fellows of the Royal Society of Arts and was a member of the Pontifical Academy of Science. He also became a fellow of the Gonville and Caius College at Cambridge and served as the distinguished research chair at Waterloo's Perimeter Institute for Theoretical Physics. He even took his place in pop culture with notable guest appearances in TV shows like "Star Trek," "Futurama," and "The Simpsons," as well as being mentioned often and his appearance in "The Big Bang Theory."

Other reactions via social media include: 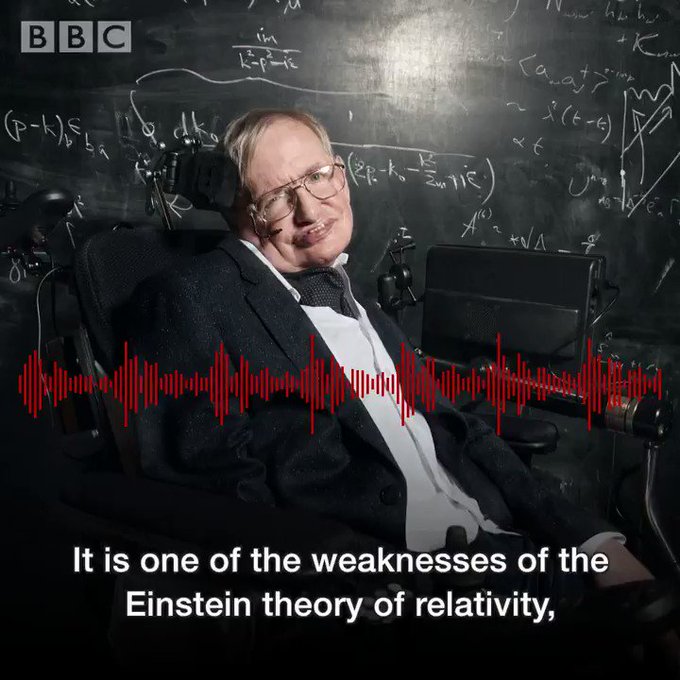